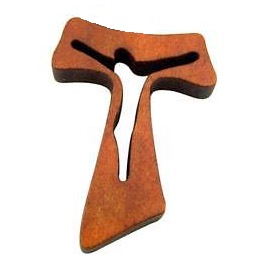 Fr. Jos Tharakan
Franciscan Journey is a study of the life and spirituality of St. Francis of Assisi. Francis of Assisi, a man of the middle ages, continues to shape the world even today. His reach is far beyond the church he belonged to, because his heart was open to all people regardless of their religious boundaries.
He reached anyone who was seeking God. He reached out to the rich and the poor, the lost and the broken, the good and the bad alike. Francis had a way of changing the world around him without actually making anyone feel uncomfortable about themselves or the faith journey they were on. He, however, made anyone who came to him realize life is more than what is lived out with riches and name.
Everyone had a place in his world and in his heart. His heart was aligned to that of God, from which he learned all have a place in the heart of God. With a radical lifestyle that he chose, he taught a huge lesson God is beyond human theories and theorems.
He challenged the powers of Rome and the world at large, while he also gave them the respect their deserved. His challenge was purely by his lifestyle. When he told the pope all he wishes to do is to live the Gospel as written, the pope had no choice but to allow it. He made the pope think twice about his own understanding of the word of God without someone knocking on his head what the Word of God means.
So this course I am presenting here is a study of the stories told of Francis and finding ways for us to grow like him and become relevant in our world. The stories are simple and powerful, attributed to Francis in many ways because they represent his spirit.

Join the Community Of Saint Francis and join the study of the life and legacy of St. Francis of Assisi.

HOBs Institute is a subsidiary of the House Of Blessings, a retreat and renewal center promoting the dignity of all people. We welcome all to this place of grace and gratitude, where your connection with God is a matter of practicing it in the context of a community. Join us for personal renewals and community building.